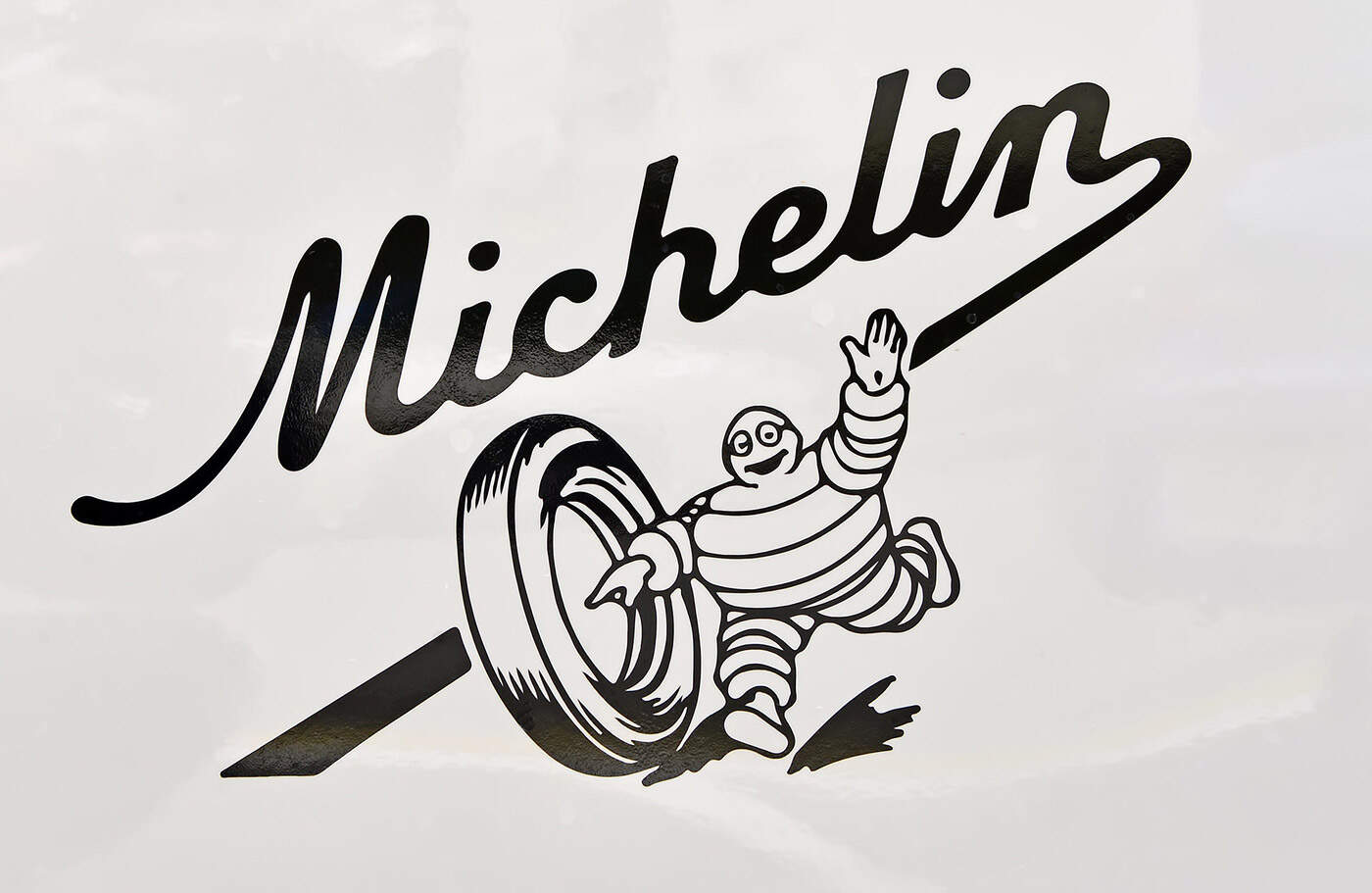 Everyone knows who this is. He has become a household name and for good reason.

If you aren't familiar with the tyre brand Michelin then this article is for you! See, Michelin is more than just a tyre brand. Not only did they invent some tyre innovations that are still used to this day but came up with some mind boggling marketing strategies that changed the way you think about obtaining new customers.

In 1889 brothers Édouard Michelin and André Michelin in Clermont-Ferrand, France where they ran a farm implement business. One day a cyclist rode into the factory with a flat pneumatic tyre which needed repairing. The tube was glued to the rim and took the brothers hours to remove. 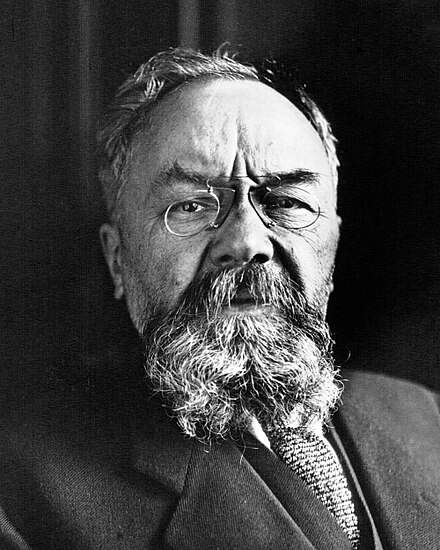 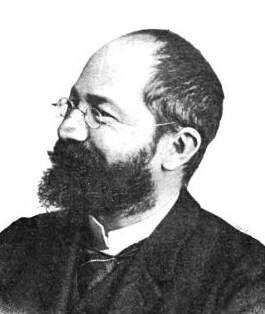 After repairing the tyre, Édouard rode the bike around the factory only to have the tyre fail once again. This was the light-bulb moment that would change the course of tyre history. The brothers thought, “what if we designed our own tyre, one that did not need to be glued to the rim” and so Michelin Tyres was born, May 28 1889.

In 1891 Michelin took out its first patent for a removable pneumatic tyre, which would later be used by Charles Terront to win the world's first long-distance road race, the Paris–Brest–Paris

But just how did Michelin rise so quickly to become one of the biggest brands in the world? Well, some very clever marketing strategies took a small tyre shop to global recognition.

Introducing the Michelin Man. Born, 1898. While staring at a pile of tyres in the corner of their shop, Édouard would say to André, “Look, if that pile had arms it would look like a man.” André would later remember this in the years to come when the Michelin Man would come to life.

Consisting of 26 tyres (or rings) the Michelin Man has been everywhere and done everything from an astronaut, a race car driver, a stunt driver, a tyre inspector and a dancer but it’s his uplifting spirit, humor and confidence that has helped define him for generations.

In 1900 with less than 3,000 cars on the road in France Édouard and André came up with a decisive plan to get more people driving longer distances and driving more often. France is known for its wine and cuisine. Two things that can be found in plenty through the countryside. 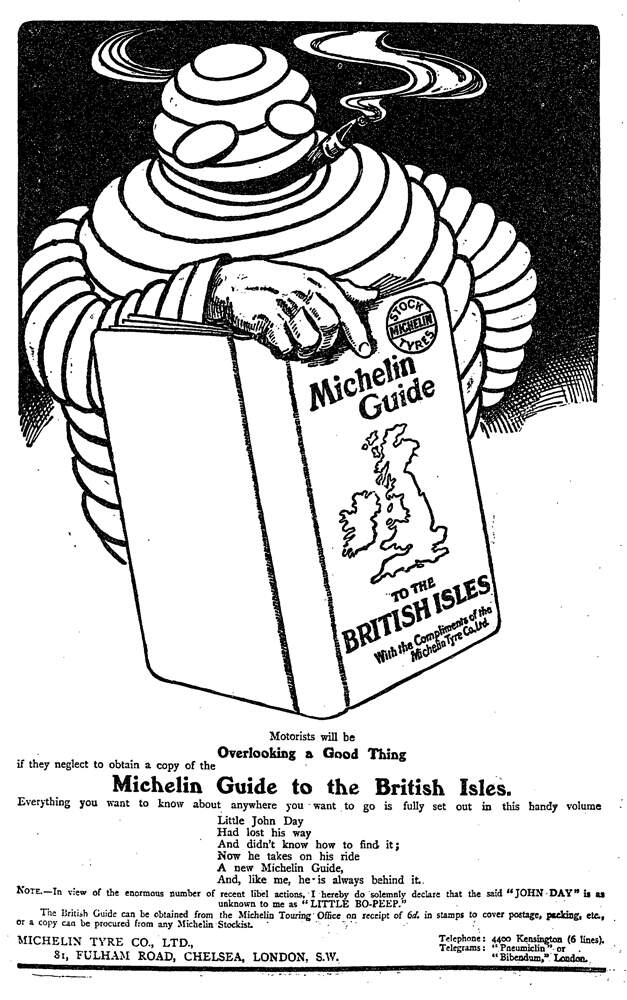 Compliments of the Michelin Tyre Co. You guide to the best restaurants across the British Isles.

The Michelin Guide was created to entice people of fine cuisine to get out in the countryside and sample great food and wine. The guides not only reviewed restaurants but included tyre stops, petrol stations and service center locations. Tyres in the early 1900’s did not have the lifespan of today's top tyres therefore motorists would be in need of air, repairs or replacement on the journeys.

The guides would become increasingly popular and printing began in other countries like Belgium, Germany and Switzerland.

Today a highly recognised restaurant is awarded a Michelin rating out of 3 but to just get one star requires a score above 15 and is quite high in today's standards. 3 stars is extremely hard to achieve as chefs are judged on quality of ingredients, taste, presentation, value and consistency.

Michelin’s name appears next to quite a number of tyre innovations including the radial tyre and the run flat tyre.

In 1934 Michelin designed what would be called today a run flat tyre. It was a tyre that, if punctured, could hold its shape and you could continue to drive the vehicle to your nearest service center for repairs. The tyre was filled with a particular foam insert that propped the tyre up after a sudden loss of air.

In 1946 a monumental innovation was created, the radial tyre. It was patented by Édouard Michelin and André Michelin and the Michelin Tyre company which would turn out to be a pivotal moment in tyre history. It was this new technology that would catapult Michelin to be one of the leaders in tyre manufacturing across the globe and the radial would later be used by every tyre company. The very first radial tyre from Michelin in 1946

The radial was first labeled the ‘X’ tyre and was introduced on a range of Citrone’s including the quirky 2CV. Michelin would later purchase the then bankrupt Citrone company because of the vehicle's superior handling and fuel economy.

Sales were beginning to boom through Europe but it wasn’t until they partnered with Sears in 1966 that sales opened up to the US market which was still using the outdated bias-ply tyres.

In the following years, Michelin would go on to sell 1 million units a year until they opened the first sales office in North America to boost sales of the radial under their own brand name. With rapid growth, by 1989 the Michelin company increased its market share to 10% of all OEM tyres purchased by American Auto Makers.

Over the last few decades the Michelin brand has had huge success across motorsport, endurance, cycling and logistics and is still one of the largest tyre manufacturers in the world. In 2008, they topped the tyre list, taking the top spot from Bridgestone. Michelin is sold in over 190 countries with a great range of tyres for all continents and driving conditions. 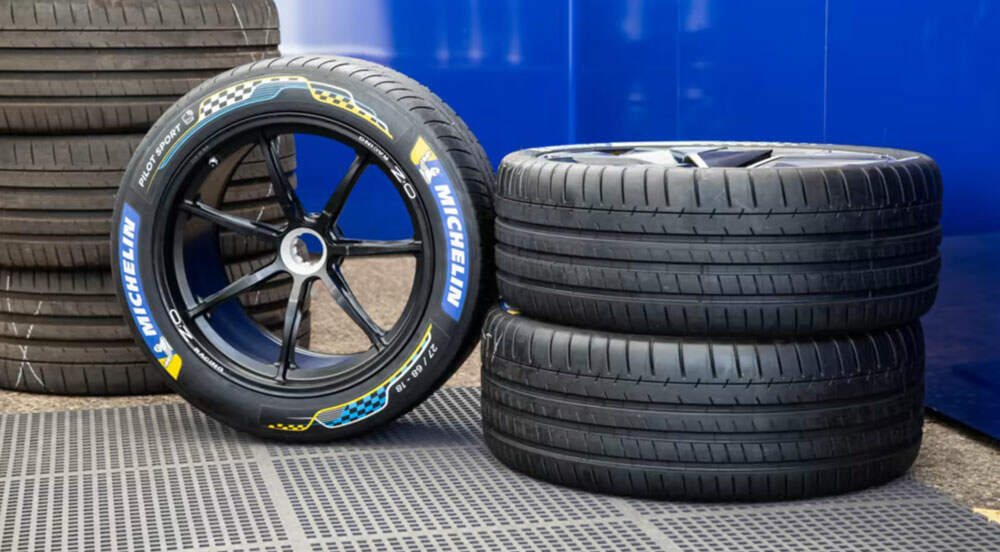 Western Australia dishes up some really harsh driving conditions. Michelin has a tyre to suit all kinds of situations including the Primacy, Latitude and Pilot Sport for a range of vehicles, including SUV’s and 4WD’s, passenger and commercial vehicles. Drop into a Tyrepower dealer across West Aus today and see the great range of Michelin tyres available.

Simply use our store locator or call today on 13 21 91 to find out more and to find a store near you.